How to Thrive as a Music Creator Today

In an ever-changing industry and in one where it’s so hard to see the light at the end of the tunnel you only have control over what you can create.

As the music and film industry has changed so dramatically in such a short period of time, it’s become increasingly difficult to create and promote your “brand” all by yourself when so much is required; managing recording, writing, producing, mixing, mastering, promoting, distributing, and brand building.

Strength in numbers and cross-promotion platforming has never been more important when the days of selling a CD and T-shirt at a show and getting the interest of a Label executive to be there, seem like a thing of the past.

It’s in the team you build where you will have the best chance at success and in that team, there’s very little room for ego.

1. Put Your Ego Aside

Whether you’re a mixing engineer, mastering engineer, songwriter, artist, or producer, you are not the best at what you do. Someone will always beat your prices for features, mixes, engineering, masters, and the truth is, they might be better. “I’m the best” is being beaten by “I’m right for the project.”

The value of music has been reduced to a single stream and it’s being profited by it’s steaming provider. It’s become an under-appreciated art form directly caused by consumers’ need for faster and cheaper service and technology’s ability to provide it. It’s never been harder to make money by selling your “service.”

“There is no guarantee it will be received the way you hoped or envisioned it to be, but I assure you if you build a team, put your ego aside and allow the organic growth, you will notice your music becoming better and your relationships stronger.” – Daniel Capellaro

107: How to Build Up Your Brand – VQS Studio Podcast

Your power lies in the team you build, period. It’s in that team where you have a stronger ability to price set, negotiate, and cross platforms.

The biggest artists, producers, and engineers in the world have their own teams and never advertise prices. If you posture your business like it’s already successful you won’t alienate yourself from your team and sell yourself narrow, set a $ amount that has already been beat, and look like last week.

Think bigger and smarter and build your empire among your team members and establish your worth.

Your team should include those you write with, those you produce with and those who mix your songs. It may also include your video and photos.

It’s great to be excited about what you write but it’s more important that someone else likes it, too.

I can’t tell you how many times I think I wrote the best song and then played it for someone who didn’t have the same reaction. The “best song” is usually the last song you write, right? Usually, always.

I always demo my songs for people NOT in the industry, as they will most likely be my consumer and if they like it, well then I may have something. Those are the people who aren’t listening specifically to mixes, eq levels, beats, lyrics, etc. They’re listening to the song as a whole and if it gets them right from the top.

4. Don’t Be Afraid to Re-Write

Just because you may think the song is it’s finished, it’s probably not. The key might be better a half step higher, or lower. The bpm might feel better if it were slowed down or sped up. The chorus may feel better if you start on beat one rather than the two.

Experiment with everything within that song, and work and rework it. The beauty of being able to have a recording studio in your own apartment or home allows you to save cost on doing it over and over again.

If you feel as though you’ve gotten to a place where it’s great, strip out all the production and play it back with just the vocals and piano or guitar. If it truly is a great song it should still sound like a great song without the production.

5. Know Your Role and Be Your Own Island

If you are a songwriter, leave your production up to your producer. You may want to share some thoughts and/or ideas but your team member producer needs to feel as though he/she has a role in the team that’s of high value and importance.

One of your songwriting collaborators may be better at lyrics or melody. Experiment with allowing them to take control of that aspect of the song, for example. You don’t need a lot of money now to be able to record at home, and no one DAW is right. It’s whichever one you are familiar with and like.

Try and learn as much vocabulary from mixing engineers as you can and if you hire a mixer to mix one of your songs it’s always a good bet to send them a reference track and indicate what you like about it such as, “I like the snap of the snare in this song, can we do that for mine?” 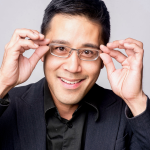 LA based video creator, music producer, and media coach. I love the blog about music, culture and sometimes food.